You are here: Home / Archives for Announcements 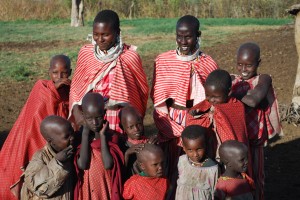 You have over Four Billion in Buying Power…when Travel by Tatten makes your travel reservations.

We are pleased to announce that Travel by Tatten is now part of the Signature Travel Network, one of America’s leading travel groups, and Tzell Travel, ranked Number One by Business Travel News.  There partnerships allow us to offer you a wide range of exclusive benefits when booking your cruise, hotel or resort.  This special Global Network of worldwide partnerships enables us to create travel experiences that will exceed your expectations.  announcementqxd.pdf

Let us help you Imagine the Possibilities and plan a special trip!

This is a prestigious award and given to only ten leaders across the US working in community health care.  Dr. Means brings free, quality health care to women in shelters

I was at a meeting where Dr. Means was the speaker, I was impressed by her work and especially her caring for these women in need.  So when I wanted to give back I decided to donate a portion of my Travel by Tatten Women Only Trips to Dr. Means organization.  Women helping other women, imagine the possibilities…

For more information on Dr. Means and her organization Women of Means, www.womenofmeans.org.

Sara is the winner of the Hawaii Draw for 4-nights at a Four Season Hawaiian Resort.  I’m sure she will have a wonderfull trip and love Hawaii as much as I do.

I would like to thank my blog readers and those that entered the draw.  Keep checking in for ohter offers.

Win a 4 night stay at one of the beautiful Four Seasons Resorts in Hawaii.

To thank you for stopping by my travel blog, I’m going to be offering a chance to win a 4 night stay at one the Four Seasons Resort Hotels in Hawaii – you will have your choice of location.

For a preview of these special resort hotels please visit – www.fourseasons.com/hawaii

Full details will be listed shortly – come back again soon!

This is truly a time to Imagine the Possibilities…

Enjoy the day with family and friends!